This game was created for the E1M1 Jam.

This game was originally created in Unity 4.72, but upgraded at the last minute to version 5.65 in order to rectify a bizarre error which had inexplicably caused the renderer for certain particles (i.e. enemies) to stop functioning.

As a battle-hardened and experienced "space grunt", you have been dispatched to undertake a preliminary recon of the nearest habitable planet in the Gamma Sector.  Your mission is to secure the region and eliminate any potential threats in preparation for future colonization.

It isn't long, however, before you stumble upon the remnants of an abandoned alien outpost, apparently having been previously utilized for various experiments in genetic engineering.

With the facility left unattended, the innumerable biproducts of several failed bio-engineered specimens continue to roam the badlands with little more than sheer aggression on their minds.  Worse still is the fact that several  robotic sentries continue to prowl the vicinity, with directives to eliminate any "unauthorized presence" in their wake.

Fortunately, you've come prepared and well-endowed with considerable firepower, more than enough to get the job done.

TBOG4 is a retro-inspired shooter, designed to emulate the characteristics of 2.5-D Dos-based first person shooters of the mid-1990s.  The source of inspiration for this particular endeavor is not only rooted in the Doom franchise, but other products rooted in the more primitive variants of the Build engine, such as the Dos version of Exhumed (aka Powerslave) or the Witchaven games.

Barring any semblance of a decent storyline, the premise merely serves as a catalyst for mindless mayhem, as you blaze your way from the beginning to the end of each level, hosing down monsters and collecting various pick-ups related to health and ammunition, which seem to be inexplicably scattered all over the place.

The range of adversaries which you will face in this demo are currently confined to only four types.

All assets - comprising textures, models, images, music and audio effects -  are completely original, with the exception of five sound FX files, as listed below.

I like your style an designs in most of your Games. Also very consinstent your preference for these female roundhouse kicks all the time ;)
It's your experiment but the slow movement & superslow rotation felt like simething is broken. Like when i played a 486er DOS game on a 286er

Thank you for the compliments and feedback:)

Yeah, I had admittedly attempted to implement a dynamic into the game, in which slow movement and limited rotation would ostensibly enforce new tactics in terms of combating enemies which were considerably faster and more agile.

Ultimately, I seem to have overplayed my hand in this regard, as it frequently contributes to moments in which gameplay becomes outright frustrating.

Currently, I'm working on a series of updates to the game which, in addition to new levels, incorporate key-and-lock mechanics as well as platforming elements, whilst I am also attempting to implement a more fair balance in terms of movement restriction, whereby, even when faced with speedier enemies, motion by the player will be less constricted and greater margins in rotation will ease in the targeting process.

Again, thanks for the feedback:)  Cheers!

This was a step up from Cracker Barrel, but the slow movement really hampers the game.

I really liked the music.

Thanks for the feedback:)

I guess part of my obsession within this particular design spectrum stemmed from experiences in some of my previous games, in which enemies were slower than the player, and I noticed some gamers elected to simply run past enemies rather than fight them.

One of principles I adhered to in this particular case lay in requiring the player to engage in combat, rather than enabling them to run straight for the exit.  In this case, not only were some enemies faster than the player, but (particularly where the female Junkers are concerned) could additionally penalize the player by paralyzing him/her if he/she elected to ignore them.

Perhaps I overdid it, in the long run.

I'm glad you liked the music:)

You could always have enemies carrying keys and things like that to hinder casual speedruns. Another option (although a bit more advanced) is to give enemies abilities like grappling hooks that pull them around or you towards them.

Indeed. As a matter of fact, I'm currently working on a full version of the game, spanning a planned 10 level duration.

I currently don't have any plans to have enemies dispose of essential items when killed, but I do intend to introduce a key and door mechanic, along with a few platforming sections spanning various biohazards, which in and of themselves, will enforce a certain manner of backtracking and enforcing a more precipitous pace from the player.

This game is way more fun than it has any right to be. 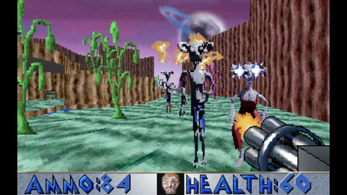 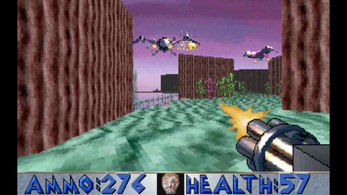 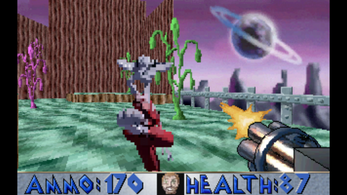 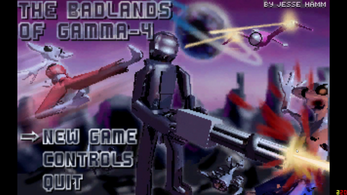 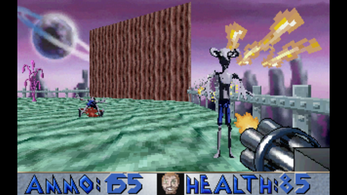 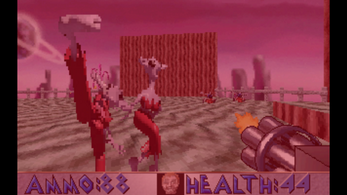 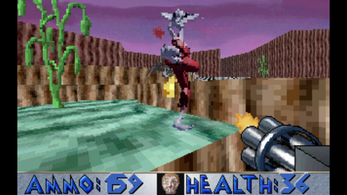 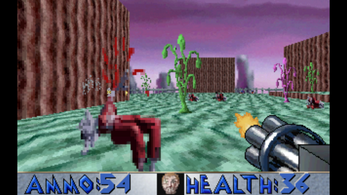 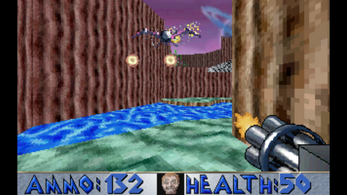 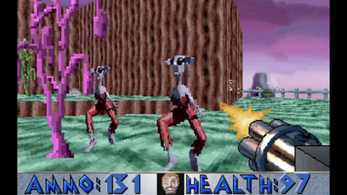